A project in collaboration with Aargauer Kunsthaus

With the support of 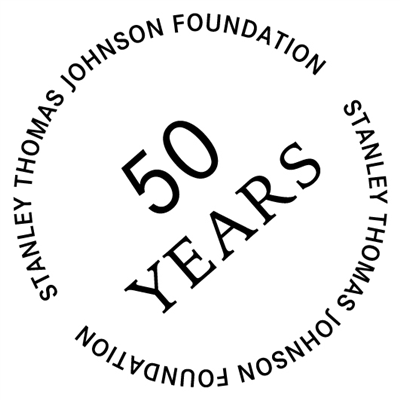 and with the support of Erna und Curt Burgauer Stiftung

Through the exhibition "Towards No Earthly Pole" MASI wishes to pay tribute to Julian Charrière, one of the most innovative and promising young Swiss artists of his generation. The exhibition has been developed around a new videowork of the same name, a film started in 2017 and for which the artist explored remote places subject to extremely hostile weather, including the Antarctic, the Rodano and Aletsch glaciers in Switzerland, Mont Blanc, Iceland and Greenland. The exhibition will subsequently be presented in a modified version at the Aargauer Kunsthaus in Aarau and at the Dallas Museum of Art.

The exhibition
Julian Charrière immediately stood out on the contemporary art scene as a modern explorer on a conceptual artistic quest that combines different disciplines (including geology, archaeology, physics and history). Through his work, Charrière offers new and unexpected perspectives on some of the essential issues of our era. The artist spends much time travelling, visiting regions of the planet that are both very remote and invested with a strong geopolitical identity – for instance, volcanoes, glaciers, radioactive sites – where, using unconventional methods and materials, he investigates the tensions and elemental link that exists between human civilisation and the landscapes it inhabits.
The exhibition at MASI has been conceived as a diorama. With a projection at its centre, Charrière has created an environmental installation that transforms the entire exhibition space into a setting associated with the central subjects and themes of the videowork. The aim of the artist is to intensify the visitor’s involvement – by means of a sensory experience – as well as the rapport between the observer and the landscape represented. Alongside reinterpretations of previous works in the environmental installation, there will be new works produced by the artist for the MASI exhibition, for which he has included in his research local subjects and natural resources, and on which he has worked with Ticinese craftsmen.

Biography
Born in Morges (Switzerland) in 1987, Julian Charrière lives and works in Berlin. In 2011 he studied at the Institut für Raumexperimente (Institute for Spatial Experimentation) where he was taught by Olafur Eliasson. During his career, Charrière has exhibited both individually and as a member of the Berlin collective Das Numen in museums and institutions around the world, among which: the Parasol Unit Foundation for Art in London (UK); Musée Cantonal des Beaux-Arts in Lausanne (Switzerland); Centre Culturel Suisse in Paris (France); Palais du Tokyo in Paris (France); Haus der Kulturen der Welt in Berlin (Germany); Kunsthalle Wien in Vienna (Austria); Neue Nationalgalerie in Berlin (Germany); Reykjavik Art Museum in Iceland; Museum of Contemporary Art in Tokyo (Japan); the Kochi-Muziris Biennial in India; the 12th Biennale de Lyon (France); the 57th Venice Biennale (Italy). His first solo exhibition in an Italian institution (All We Ever Wanted Was Everything and Everywhere) is currently being held at the MAMbo – Museo d’Arte Moderna di Bologna. Julian Charrière has won many important prizes, including the Kiefer Hablitzel Award during the Swiss Art Awards of 2013 and 2015, and the Kaiserring Stipendium für junge Kunst in 2016.